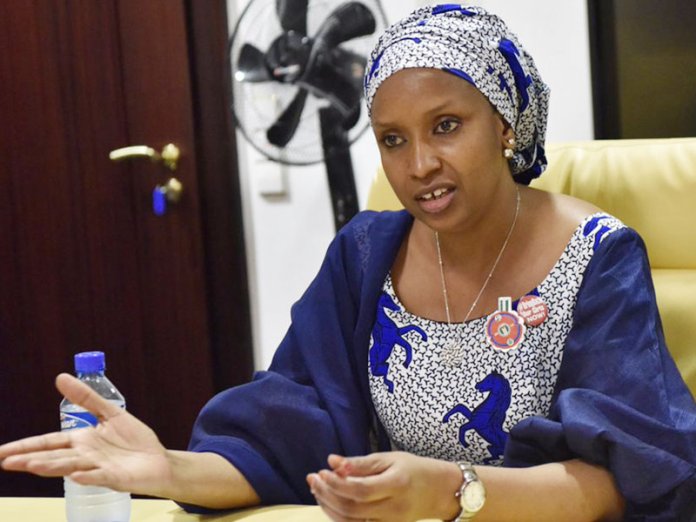 The Managing Director of the Nigerian Ports Authority (NPA), Hadiza Bala-Usman, has blamed the non-availability of other value chain in the cargo clearing process at the nation’s seaports for the increased port congestion.

Besides, she said the interstate travel restriction due to COVID-19 pandemic also added to the slow cargo clearance from the ports, revealing that importers from outside Lagos could not move their to the point of delivery as a result.

She stated this while speaking at the recent 14th edition of the Annual Business Law e-conference hosted by former Attorney General of Lagos State, Olasupo Shasore, tagged, “Business Unusual: Digital Acceleration for Growth in a New World.”

Bala-Usman, explained that when the federal government declared the port operations as essential service provider, it did not take cognisance of other aspects that were closed down.

Speaking on the issue of rent waiver, she said: “We at the NPA felt the need to provide equipment because we know it has an effect on the turnaround time of vessel, one of the things that we sought to do is provide consignees with the cushion.

“This is for even consignment that are within the Lagos area. Then we had the state lockdown, so if I have my cargo coming to Lagos and I need to take them to Port Harcourt or Kaduna I can’t transverse those states to get there so invariably I am stuck in the port and that is why the NPA felt the need to grant waivers.”

The NPA, she stated, is giving the terminal operators a credit note for the portion of the waiver.

“So if you now give N10 million rent fee for the period NPA is refunding you that amount in form of credit, it is the federal government that is losing that amount of money that it could have gotten from your operations for that period.

“You gave a waiver for N10 million and government has reimbursed you, as terminal operator you don’t lose anything, what you could lose is the efficiency in the operation of your port, the turnaround time of your vessels and need for enhanced evacuation of cargo.”

Also, she blamed the crisis at the port on efficiency of the equipment of the terminal operator.

She added that while there was outside portion of the congestion in Apapa Area, the NPA needed to ensure that inflow and outflow were streamlined, “We needed to ensure that the terminal operators had the necessary cranes do container operation. Terminal operators needed to have improved equipment to offload the cargo from the vessel ,they need to have the necessary improved infrastructure within their terminal and we have that incidence with APMT where we did not see commiserate investment in equipment and infrastructure to enable them take on all those volumes of cargos that were needed to be discharged.

She added: “Having gone through that with APMT, they have now brought in the necessary cranes and now we have seen an improved operation. So we must understand that this issue of operational efficiency is both ways if you don’t have cranes that will move the cargo it is a major issue.”

She pointed out that the issues around port operations are not just limited to vessels coming into the port.

“It is a whole system and when you look at now there is a reduced consumption on a lot of items because we are not buying as much just as we were. We don’t have that much spending power so that automatically affected the people that are producing any cargo that comes,” she said.