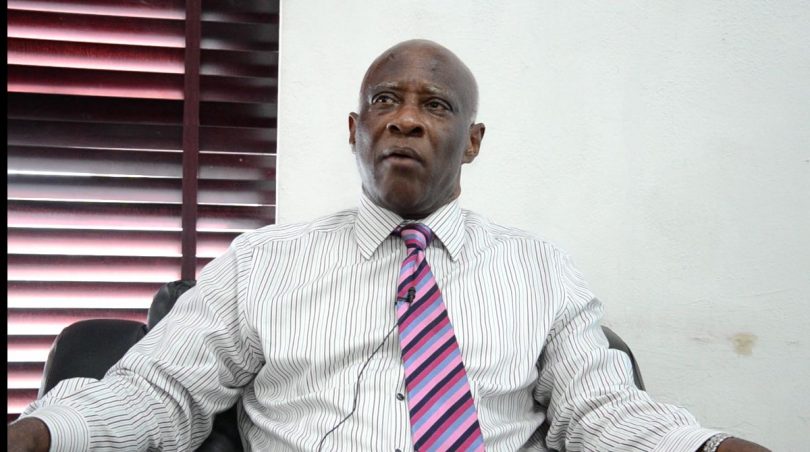 Captain Emmanuel Iheanacho, a former Minister of Interior and Chairman of Integrated Oil and Gas Limited spoke to journalists in Lagos on war risk insurance in the shipping industry as it affects Nigeria.

Iheanacho,who is also a shipowner, said the removal of such additional cost on importers trickles down to final consumers in form of price reduction for imported cargoes

Recently during the launch of the deep blue project, DG of NIMASA made a call to the global maritime community for an end to war risk zone insurance. What does that insurance mean to you as a ship owner?

Well, it should really be of concern mostly to people who are importing goods, not to the ship owners. Basically, what war risk means is that if an area is designated to be at risk of war, then in addition to the ordinary premium that you pay, you are charged an additional premium depending on the level of risk that they think the vessels and cargo owners might face by coming to that area.

As you know, the cost in international trade get passed on. So for instance, if a container is coming down here and they slam war risk insurance on it, it doesn’t mean that the shipper is going to bear it. That cost will be carried on to the cost of the goods. So you pay more for it.

What it means is that effectively, the consumers of the goods that are carried in the trade will pay that extra cost. If you cannot pay, then there is a diminishing in the quality of your life, because your money is not buying as much of the goods that it should have bought. So that is what the war risk insurance is all about.

Looking at the reduction in inflation as it implies based on what you just explained, to what extent do you anticipate that the deep blue project will cause a reduction in the circumstances that led to us having this war risk insurance issues on our waters?

It will not happen automatically. You know, if someone is used to charging a certain amount of money for goods to travel in a certain trade, suddenly you make amendments in terms of the conditions of that trade, people will prefer if they can get away with it, to continue charging what they used to in the past.

So it is entirely up to the person who is making the investment; in this case the federal government, to communicate with the international trading community that “all that complains you used to have about the inadequacies of the provision of security on our waters are being addressed.

“Look at what we have provided such as aircrafts, fast patrol vessels and others; we have absolutely minimised the risk that ships and the goods that they carry run in our waters”.

So if you have a forum where you can start a dialogue with the international trading community, you can indeed say it out to the point where you will say this is the right freight that you can charge for goods going to Nigeria; and this extra war risk premium you will have to let go, because at the end of the day if it is charged, then it is the Nigerian consumer that pays for it.

On the average, what was the premium that is being paid when this problem is solved per vessel in dollar terms?

I can’t give you the numbers, but you will have to take my word for it that it is a significant amount of money. It isn’t something that you take likely or a situation you will like to be in for you area to be designated as a war risk zone.

They will be charging you the risk that would apply to an area where there is insurrection, risk of invasion, etc. but you don’t want that to be the case, you want to be able to sit down with people and have a civilised conversation to say that one; I don’t think that all these problems you ascribed to our area exists there.

Secondly; if they do exist, look at the provision we have made to ensure that we give comfort to international traders; so that you can trade without running any extra risk in doing your business.

As a ship owner, to what extent has the deep blue project raised your confidence in eradicating this challenge?

You know that the deep blue project is a very unique thing; the availability of ships, helicopters and even war fighting crafts. It is an absolutely unique thing, but it is still early days. I think what one will really like to see is; you have the hardware, the process and the people, now we want to see you put them to very good use so that the purpose for which you have procured them is not wasted.

There are international bodies that regulate trade. The World Trade Organisation (WTO) is there, and that is the forum to my mind, where you can discuss these issues.

When you look at it on a national basis, the Nigerian Shippers Council (NSC) is there, trying in some sense to actually regulate the issue of cost of doing business in the Nigerian maritime waters.

It wouldn’t be asking too much if it asks the Shippers Council for instance, to engage with the WTO, to say that on the issue of this extra charges we have been bearing over time, we have now made sufficient investments to give comfort to those who participate in our trade, and we want to see in proper and physical terms, a reduction.

How much does a container travelling from the UK to Lagos cost? How much does it cost a comparable distance elsewhere? And then we can extrapolate from this information, and know what the extra charges we are bearing are. We can then set that as a basis for seeking discounts and reductions from those who have be paying these charges over time.

Lastly sir, the reduction if finally achieved, how do you think it will trickle down to ordinary Nigerians?

It is very simple. If the reduction is achieved, then the person who consumes the goods won’t pay as much for them as he used to. Again, it might be necessary for you to engage the shippers, letting them know that “we are getting discounts from the insurance people”.

This has to be passed on because you cannot appropriate it and say well, you have gotten this discount, maybe $50 and you want to add another $50; so as far as the man is concerned in the market, he is paying the same thing that he paid. No. We have secured a discount of $50 or $100 per container, and we want to see this passed on to the person who consumes the goods.