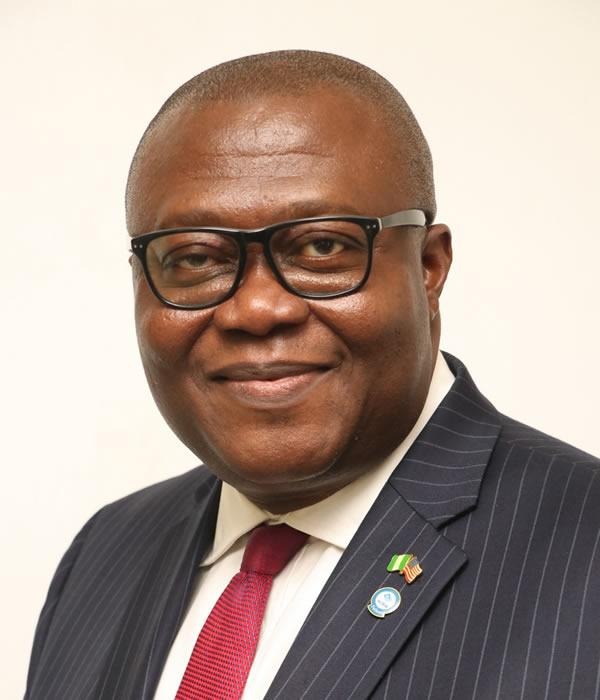 One of the primary objectives of the Economic Recovery and Growth Plan (ERGP) launched by the federal governmentthree years ago was aimed at diversifying the economy. With the price of oil in the global market always going up and down like a yo-yo, we do not need a prophet to tell us that the time has come for us to beam our searchlight on the non-oil sectorin the face of declining government revenue.

The 2020 national budget of N10.59 trillion ($29.42 billion)assumed an average price of oil at $57 per barrel if our production ranges between 1.7 million and 2 million barrels per day. That was not a bad projection although, on the face of it, the oil price benchmark appeared very ambitious. With the disruption wrought upon global markets by COVID-19 and multiple constraining factors, oil price crashed below $20 at one point with far reaching consequences for the Nigerian economy.

With the declining demand for our oil which accounts for 90% of export revenue, Zainab Ahmed, Minister for Finance, Budget and National Planning, has announced adjustments to the budget. She has also asked everyone to brace up for the inevitable economic recession that would follow. In the meantime, the Economic Sustainability Committee headed by vice president Yemi Osinbajo is working round the clock to come up with solutions to weather the economic crisis since the pandemic hit the world.

The current exploitation practice of the oceans in Nigeria is based on the traditional model: it is an unsustainable way of maritime practices of fishing, transportation and off-shore oil and gas exploitation. However, blue economy, according to the experts, incorporates the emerging sectors of marine biotechnology, deep sea mining, off-shore renewable energy and eco-tourism amongst others. These ocean resources are embedded in the Gulf of Guinea, a major natural endowment; it means Nigeria is ignorantly seating on a blue economy with massive economic potential for the country if properly harnessed.

We do not currently have a blue economy which began globally about 10 years ago. Even with traditional ocean economy which is the pathway to operationalizing the blue economy, we do not have reliable data. This is the time for policy makers to understand the concept of blue economy and embrace it as it is being done in other parts of the world.Three countries — Republic of Ireland; Republics of South Africa and Seychelles – provide exemplary models for the establishment of blue economy bearing in mind that the concept was operationalized in these countries in 2012, 2014 and 2015 respectively.

At the last International Maritime Week which held at Oriental Hotel in Lagos (September, 2018), it was agreed that Nigeria has what it takes to operationalize the blue economy and make it work for enhanced economic growth. It is evident that the absence of a strategic maritime economic blue print, flawed institutional framework, maritime insecurity, lack of data as well as withheld Carbotage Vessel Financing Fund (CVFF) are the bane of the maritime economy. Across Africa, fishing is a major economic activity in the oceans, lakes, rivers and fish farms. According to a UNDP report, fishing — which is a major source of income for fishing communities in the continent — employs about 12.3 million people between the ages of 15 – 64 years either as full or part time.

In the case of Somalia with 3,000 kilometres coastline, the report indicated that their rich fisheries-based economy is threatened by the criminal activities of pirates thereby forcing foreign vessels to avoid Somali waters. The Kenyans are encouraged to eat more fish because the country lies within the lucrative tuna belt and it is estimated that there are between 150,000 and 300,000 tonnes of fish swimming through the country’s expansive 200 nautical miles exclusiveeconomic zone (EEZ). South Africa’s blue economy strategy is anchored on “Operation Phakisa” (Phakisa means “hurry” in Sesotho, one of the country’s traditional languages) and their area of focus is the growth of domestic shipping (marine transport and manufacturing) because, from about 13,000 trade cargo ships that visit South African Ports every year to deliver imports and export local produce and minerals, only a handful are registered under South African flag, Axworthynoted in his special report on Africa’s “five champions” of the blue economy.

Nigeria’s biggest economic potential in the traditional oceaneconomy, Axworthy further revealed, is in shipbuilding and repair yards in addition to aquaculture, deep-sea development and seafarer training. But due to lack of investment in these areas, Nigerian maritime operations have continued to losemoney to foreigners. Ideally, oil export revenues should stay with us if we have a national carrier but we also lose significant revenue because of foreign ships lifting oil from Nigerian ports.

These are challenges we must address for a successful blue economy model. First, the federal government should understand the concept of blue economy and buy into it; second, establish a legal and institutional framework and muster the political will to adopt changes required to foster a blue economy; third, government should appoint experts tocome up with a blue economy strategy, and four, a new Ministry of Blue Economy (MoBE) should be created to implement the strategy. The proposed strategy must be “inclusive, environmentally sound and sustainable”. There is no doubt marine activities will boost Nigeria’s revenue, a position canvassed by Olisa Agbakoba, senior advocate of Nigeria (SAN). He estimated that Nigeria’s maritime economy has the capacity to create over 40 million jobs and generate N7 trillion revenue annually (Agbakoba, O., “Strategic Action Plan for Nigeria’s Maritime Sector”, Law Blog, 26 May 2015).

Two years ago, Bjorn Gillsater, head of the Word Bank–UNHCR Joint Data Centre on Forced Displacement, attested to the value of ocean resources in his contribution to World Bank’s blog. “Blue economy is an asset that provides food, jobs, water and it is a source of economic growth,” Gillsater wrote. “It provides the source of livelihood for hundreds of millions of the poorest and most vulnerable people in the world. By one estimate, it generates $3 – 6 trillion to the world economy. If it were a country, the oceanic economy would be the 7th largest in the world,” Gillsater stated.

However, exploiting the oceans comes with its own challenges – the precious resource is suffering from the effect of human activities. According to Gillsater, these problems have large implications in the global food supply chain and pose risks to human health. “Almost a third of the global fish stock is over fished; climate change is impacting the ecosystems in both the oceans and the coastline,” Gillsaterstated, sounding a note of alarm. Developments at some of the coastal areas have caused irreparable erosion; pollution and marine litter from both land and marine sources threaten the health of our oceans including its biodiversity.

The exploitation of ocean resources is receiving global attention. When the United Nations launched the 17 Sustainable Development Goals (SDGs) five years ago with 169 targets to drive the goals, “Life Below the Oceans” was created as Goal No 14 (SDG14). This goal focuses on the sustainable management and protection of marine and coastal ecosystems. It also covers conservation and protection of ocean and aquatic life. The UN designed the 17 global goals to be a “blueprint to achieve a better and more sustainable future for all” and as a successor to the Millennium Development Goals (MDGs). The expectation is that these goals would be achieved by 2030. According to Navy Commodore Atakpa, the UN recognises blue economy as an ecological economics development strategy that is re-enforced by SDG14 which advocates the sustainable use of ocean resources.

As part of the global response, Gillsater noted in his blog post that the UN, World Bank and 15 other global stakeholders agreed on a joint road map for global development of the blue economy concept and countries such as Canada, Fiji, Germany, Grenada, Kenya, Norway, Portugal, Sweden are providing leadership at national and global levels. To facilitate action for SDG14, the road map framed activities for the blue economy in five areas: harvesting and trade of marine resources; extraction and use of marine non-living resources; use of renewable non-exhaustible natural forces (blue energy); commerce and trade in and around the ocean, and those activities that indirectly contribute to the economy such as carbon sequestration, carbon protection, waste disposal and biodiversity.

The SDG office at the Presidency is expected to play an active role when a national policy framework to establish the blue economy is put together and it is essential to note that SDG14 will be very significant in this regard. Collaboration and engagement with states in the coastal region and agencies such as the Nigerian Maritime Administration and Safety Agency (NIMASA) will be helpful, too. It is also advisable for the SDG office to engage the services of a blue economy expert to articulate SDG14 strategy, implementation and progress.