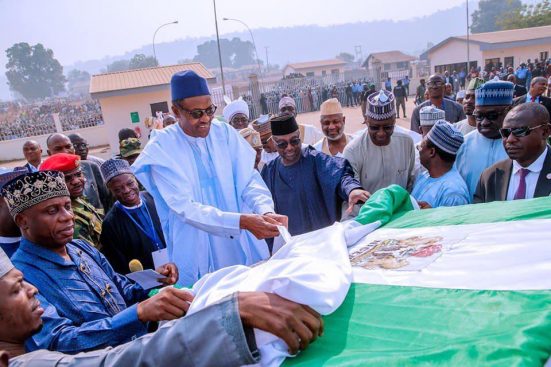 The non-completion of the major access roads to the multi-million naira Baro Inland Port in Niger State is stalling its takeoff, according to the government. The Managing Director of the National Inland Waterways Authority (NIWA), Dr George Moghalu, while speaking with Daily Trust on Sunday in Lokoja, said the agency is working round the clock by reaching out to appropriate authorities in a bid to get access roads to the facility fixed.

He noted that the port is critical to the operations of Nigeria’s waterways, especially being a feeder to inland dry ports in Kaduna and others been proposed by the federal government. Daily Trust reports that stakeholders have expressed worries over the inability of the federal government to put the Baro port to use more than a year after its commissioning by President Muhammadu Buhari.

The Etsu Nupe, Alhaji Yahaya Abubakar and the Niger State government have recently appealed to the federal government to accelerate work on the main access road from Agaie town in Agaie local government area through Katcha to Baro. Governor Abubakar Sani Bello and the Etsu believed that the port is a key catalyst for trade stimulation and economic development of the North in particular and Nigeria at large.

Daily Trust reports that there are two major access roads to the ancient community – the 55 kilometres Baro/Katcha/Agaie and Baro/Muye linking Gegu on Abuja/Lokoja expressway both of which are in deplorable condition. The federal government had awarded the contract for the Baro/Katcha/Agaie axis. Dr Moghalu said NIWA is also considering the option of approaching the host state government of Niger with the intent of persuading it to collaborate with the federal government on the matter. The Baro port was constructed by a Chinese firm, CGCC Project Limited, at the cost of N5.8 billion. The port boasts of a quay length of 150 metres, cargo stacking yard of 7,000 square metres, a transit shed of 3, 600 square metres and an estimated capacity of 5,000 TEU at a time.